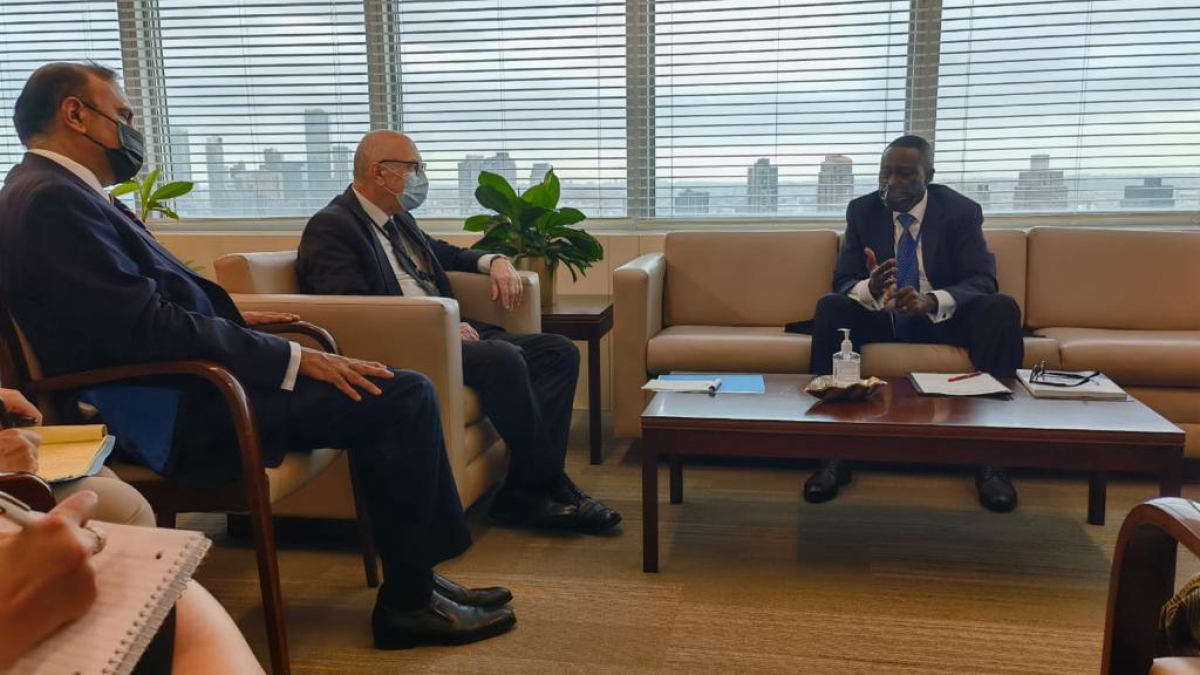 As part of measures to neutralise activities of terrorists and insurgents in the country, the National Security Adviser, (NSA), Major-General Babagana Monguno (rtd) has said Nigeria would continue to work with the United Nations Office of Counter-Terrorism (UNOCT) and the international community on efforts to combating terrorism and preventing violent extremism as well as in rendering humanitarian support for victims of terrorism in the country.
Monguno, at a meeting with Under Secretary-General (USG) of the United Nations Office of Counter-Terrorism (UNOCT), Mr. Vladimir Voronkov, on the margins of the ongoing UN General Debate of the 76th Session of the UN General Assembly in New York, United States sought the assurance of the international community in supporting the continued and sustained efforts of the Nigerian government in the fight against terrorism and insurgency.
The meeting was a follow-up of an earlier one at the United Nations Counter Terrorism Week held at the UN Headquarters in June, 2021. It highlighted the prevailing humanitarian challenges caused by the over a decade of combating terrorism with millions of displaced persons as well as other militating factors including proliferation of small arms and light weapons, irregular migration as well as abuse of illicit drugs.
NSA called for increased regional cooperation and harmonisation of all counter terrorism legislations, policies and strategies, especially with Chad, Niger and Cameroon.
Part of the resolutions from the meeting was the need for further collaborations in the areas of improving aviation and maritime security, strengthening border security management, combating terrorism financing as well as improving the coordination of Civil Society Organisations’ engagements in preventing and countering violent extremism in Nigeria.
Earlier, the NSA at a similar meeting with the Assistant Secretary-General (ASG)/Executive Director of the United Nations Counter-Terrorism Committee Executive Directorate (CTED), Michèle Coninsx, exchanged views on current terrorist threats and challenges in Nigeria, Lake Chad Basin and the Sahel and how to address them.
The NSA expressed Nigeria’s progress in combating terrorism and violent extremism, supporting victims of terrorism, deradicalization and prosecution of suspected terrorists as well as the need for CTED sustained support to Nigeria particularly in humanitarian assistance to victims and capacity building in criminal justice responses to terrorism.