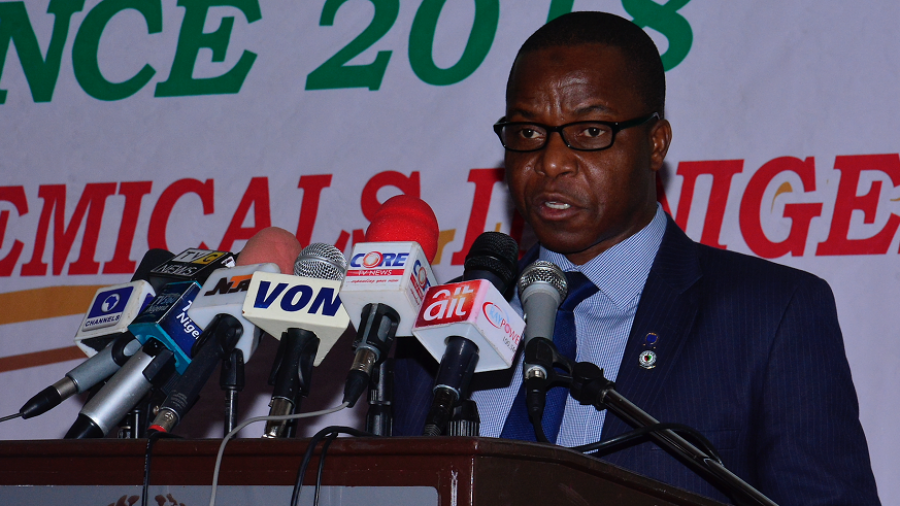 The Nigerian Government has initiated strategies to regulate criminal elements including terrorists from accessing chemical substances that could be used for explosive devices.

This was disclosed at a five-day conference on National Chemical Security in Abuja with the theme: ‘Towards a Secured Importation, Distribution, Storage and Use of Chemicals in Nigeria’.

The National Security Adviser (NSA) Major General, Babagana Monguno (Rtd.), who was represented by the Coordinator Counter Terrorism Centre, ONSA, Rear Admiral, YEM Musa, said the increasing spate of attacks by terrorists in the region is linked to the use of hard drugs.

The Coordinator stated that “in response to this ugly phenomenon, we have extended our counter IED efforts beyond control of explosives and precursor materials to include the human aspect of the threat, which is the motivational factor.

“We have identified that most of these violent crimes, such as person-borne IEDs, are perpetrated under the influence of drugs.’’ He added that to curtail the surge in drug-related violent extremism and others, “the Centre had included certain drugs often abused and their various precursors as chemicals of concerns.”

The Chief of Naval Staff, Admiral Ibok-Ete Ibas, represented by Rear Admiral A B Adamu, assured Nigerians of the role of the Navy to checkmate the importation of harmful chemicals to the country.

In her remarks, the Director General of NAFDAC, Prof. Mojisola Adeyeye, said the time has come for the Federal Government to declare emergency in the drug and chemical sectors of the country’s economy in view of its porous borders.

Also, Mr. David Centofante of the United States Federal Bureau of Investigation (FBI) emphasized the need for collective effort to control the use of chemicals. He added that such effort was necessary to prevent such substances from getting into the hands of criminal elements and terrorists.