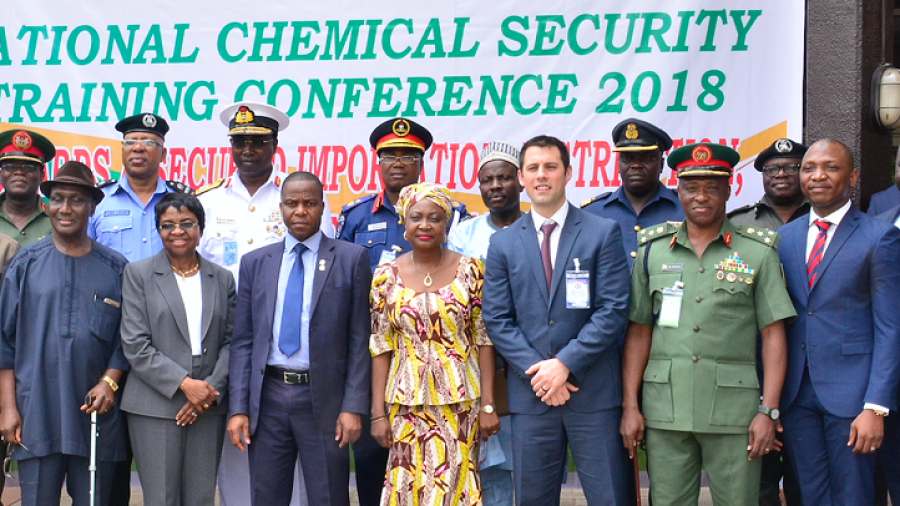 As part of measures to combat chemical abuse, the Federal Government through the Office of the National Security Adviser has issued a communique where it was said that operatives of the National Drug Law Enforcement Agency and the National Agency for Food, Drug Administration and control be deployed in land borders, seaports and airports.

The communique which was issued on Friday 16 March 2018, after a Chemical Security Training Conference in Abuja, stated that such measure was to check the increasing smuggling of chemical weapons, harmful drugs and substances into the country by criminal elements.

The conference was organised by the Counter Terrorism Centre at the Office of the National Security Adviser (ONSA), in collaboration with the Chemical Security Programme (CSP).

The Communique revealed that it was also agreed that officers of the Nigeria Customs Service and the Nigeria Immigration Service must be trained on recognising explosives, accessories, drugs, narcotics, fertilisers and other chemicals of concerns.

The communique issued at the end of the training conference partly read “Considering the increase in cases of smuggling of harmful drugs, narcotics and other chemicals of concerns into Nigeria, it is agreed that NAFDAC and NDLEA should be deployed at the airports, seaports and other land ports in Nigeria, to work with other border agencies in chemical anti-smuggling enforcement.

“Conscious of the need to enhance knowledge in identification of drugs, narcotics, chemicals, explosives and fertilizers on the part of the border agencies, it was agreed that NCS, NIS, AVSEC and NPA personnel deployed at all land, sea and air border posts should be given awareness on explosives, accessories, drugs, narcotics, fertilizers and other chemicals of concerns.”

Speaking at the closing of the training conference, The National Security Adviser (NSA) Major General, Babagana Monguno (Rtd.), who was represented by the Coordinator Counter Terrorism Centre, ONSA, Rear Admiral, YEM Musa, said the detection of drugs and chemical weapons could only be done by well-trained and motivated personnel from the security and relevant regulatory agencies.

The NSA further explained that to defeat the Improved Explosive Device networks of criminal elements and insurgents, the acquisition process and other critical phases needed to be effectively disrupted.