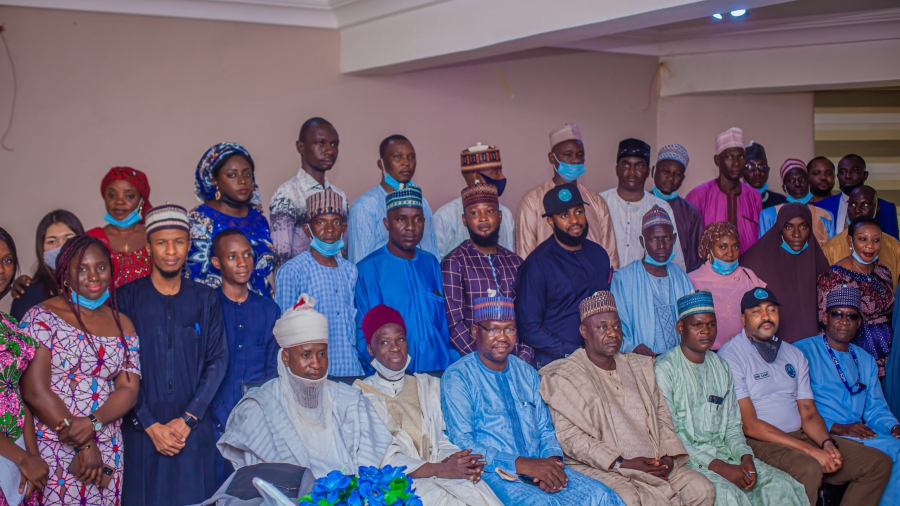 The Office of the National Security Adviser (ONSA) in collaboration with Operation Safe Corridor (OPSC) and the National Orientation Agency (NOA), has held a one-day town hall meeting in Gombe, Gombe State, as part of the ongoing efforts to discuss and share information about Disengagement, Disassociation, Reintegration and Reconciliation (DDRR) programming and Preventing Violent Extremism (PVE) in Nigeria.

The event which took place on Tuesday 31st August, 2021 formed part of the Federal Government’s initiative for Reintegration and Reconciliation in the Northeast Nigeria, supported by multiple partners including the International Organization for Migration (IOM).

The Office of the National Security Adviser (ONSA) noted that the meeting provided an opportunity for  local communities to share their concerns regarding the return and reintegration of former low-risk associates of Non-State Armed Groups (NSAGs) while giving the Government an opportunity to address these concerns and promote the importance of reintegration as part of the DDRR programme.

ONSA recognised the critical role communities and local leaders play in the DDRR process and thanked participants for sharing their perspectives. ONSA encouraged their continued support for reintegration as part of the Government’s efforts to address insecurity in Northeast communities.

Participants at the event included the representatives of ONSA, IOM, Gombe State Government, Religious and Traditional leaders, Civil Societies and other stakeholders.