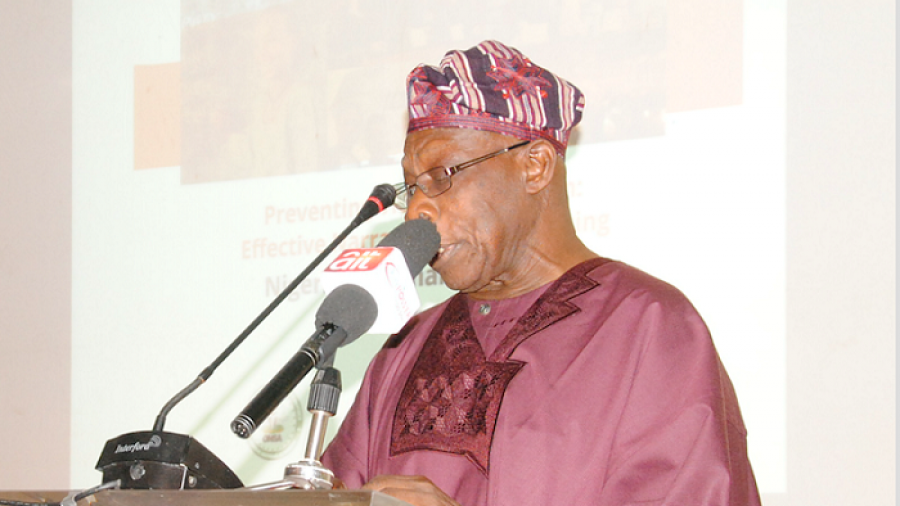 Former Nigeria President Olusegun Obasanjo has described violent extremism as one of the impediments that could prevent democracy from working. The former President stated this while speaking at the two-day workshop organised by Club De Madrid (CdM) in collaboration with the Office of the National Security Adviser (ONSA) and supported by European Union (UE), with the theme “Preventing Violent Extremism in Nigeria: Effective Narratives and Messaging.”

Chief Obasanjo said if grievances are not immediately resolved, it could ensue to violence. He, however, called on government to adopt a stick and carrot approach in its fight against violent extremism.

The Workshop, which was held in Abuja, Nigeria from 23-24 May 2017 was aimed at providing a unique opportunity to bridge the gap between national policies and local realities, advance multi-stakeholder dialogue and develop effective alternative narrative in Nigeria to tackle the challenges of radicalization and violent extremism.

He added that “The approach must be anchored on continued political and economic growth and improvement, including good governance, strengthening institutions, especially the criminal justice system, and increasing access to jobs and education opportunities for a bulging youth population, building an inclusive administration that takes into account yearnings and aspirations of all”.

The Coordinator further explained that as a result of Nigeria’s experience with Violent Extremism, new institutions as well as expertise had been developed. Stating that the country has revised her National Security Strategy (NSS), with short and long term strategic goals to effectively counter Violent Extremism and strengthen collaboration between Government MDAs in combating terrorism.